by: Canadian Chemistry Conference and Exhibition

The Chemical Institute of Canada (CIC) has given out many awards to top chemistry professors and speakers. These professors have spoken at many chemistry conferences, exhibitions, and programs.

The awards recognize exceptional individuals within specific fields of chemical science. Here we have a look at some of the awarded Canadian Speakers in Chemistry. For his master’s thesis, he designed and studied new thiophane-based polyaromatic polymers. He spent two years in industrial research of organic electronics and received his Ph.D. in organic chemistry in 2011. Dr. Chao-Jun Li received the catalyst award for making a distinguished contribution to the field of catalysis. The award is presented every two years.

The Montreal Medal is presented as a mark of distinction and honor for distinct leadership and outstanding contribution to the profession of chemistry and chemical engineering in Canada.

Alison Thompson received her Ph.D. from the University of Sheffield for asymmetric aziridination and epoxidation mythology. She got her postdoctoral position in Strasbourg (France) and at the University of British Columbia. She moved to Dalhousie University in 2001. Her research involves the synthesis and application of pyrrole-containing species.

This award is presented to an individual who has made a distinguished contribution to macromolecular science or engineering.

Jean Duhamel obtained his Ph.D. in Chemical Engineering in 1989 at the Institute National Polytechnique de Lorraine in France with Dr. Andre. He learned about the important factors of fluorescence. He was a post-doctoral fellow with Prof. Winnik at the University of Toronto from 1990-1993.

At the university he applied fluorescence to study polymers in solution.

All these award-winning professors are well-known speakers in the Canadian Chemistry Community and have provided many insights into chemistry. 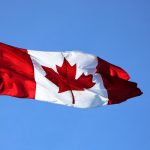 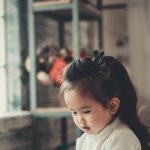 About the Author: Canadian Chemistry Conference and Exhibition